Universal Studios Beijing opened officially on September 20, 2021 as Universal's first theme park in China, third in Asia and sixth theme park worldwide. It is the anchor of the Universal Beijing Resort, which includes a CityWalk shopping and entertainment district as well as two hotels: the NUO Resort Hotel and the Hollywood-themed Universal Studios Grand Hotel at the park's entrance.

Our recommendations below come from our annual survey of Theme Park Insider newsletter subscribers. Locations with star ratings ★ ranked especially highly among our readers. Click here to subscribe to our email of theme park news and participate in the next ranking survey.

Other notable attractions include the Camp Jurassic play area (with the Jurassic Flyers Mack Rides Inverted Power Coaster) in Jurassic World, the Flight of the Hippogriff Mack Rides Youngstar Coaster in The Wizarding World of Harry Potter, the Bumblebee Boogie spinner ride in Transformers Metrobase, and Despicable Me Minion Mayhem and Super Silly Fun Land (with Loop-Dee-Doop-Dee family coaster) in Minion Land. 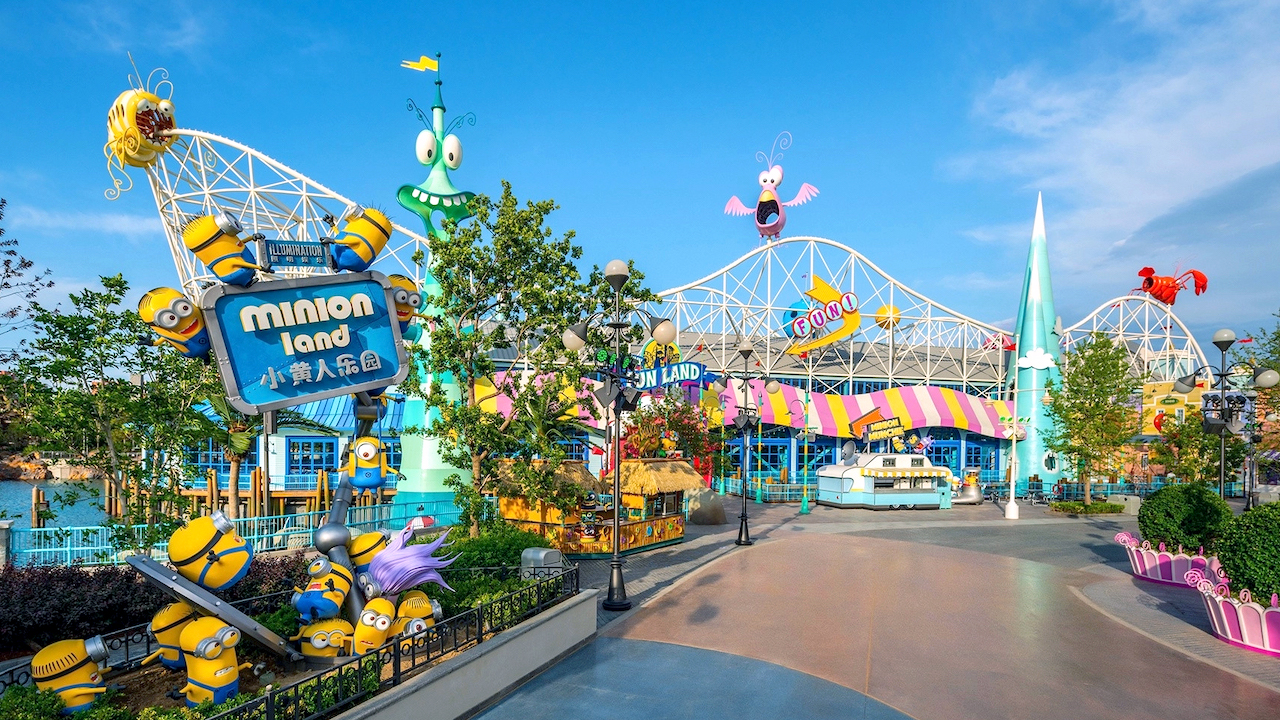 Other notable shows include the Peach Tree of Heavenly Wisdom in Kung Fu Panda Land of Awesomeness, which changes seasons continually thanks to projection effects on its 58,000 hand-made blossoms.

Universal Studios Beijing is located near the intersection of the G4501 East Sixth Ring Road and G1 Beijing-Harbin Expressway in the Tongzhou District of Beijing. You can take Metro Live 7 or the Batong Line to the Universal Resort Station.