September 2, 2022, 1:05 PM · If the prospect of experiencing all nine of Knott’s Scary Farm’s mazes while shoveling down a Chaos Cheeseburger Pie, with a side of Ghouls Mac and Cheese with Steak Bites all washed down with a Depths Citrus Margarita is overwhelming to you... well, yeah. I guess that’s the point.

It’s also sort of not the point of much of the menu revealed on the eve of a very hot, muggy Labor Day weekend at Knott’s Berry Farm. The menu, which features much of the social media candy we’ve come to expect from the food-festival-turned theme park over the years. There are multiple desserts where the idea seems to be, “put a pie on it!” Subtlety and nuance be damned — this is the Game of Thrones era of theme park food design. 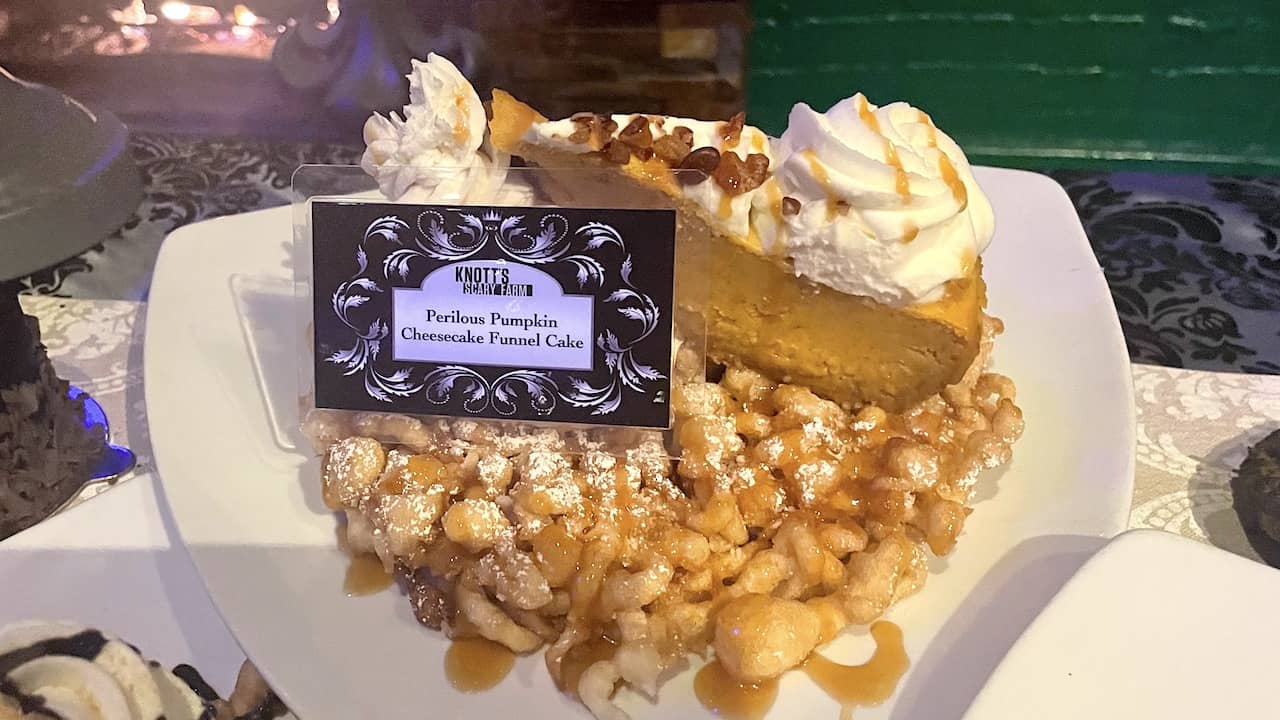 Much of what was on display will not be ordered at Knott’s Scary Farm. The menu, with the exception of the Chilling Chicken Tamales with Chili and Cheese, is available to daytime guests experiencing Knott’s Spooky Farm. Those guests, according to Knott’s Berry Farm Director of Food and Beverage Wilf Seymour, are who will be ordering most of the fork and knife options. 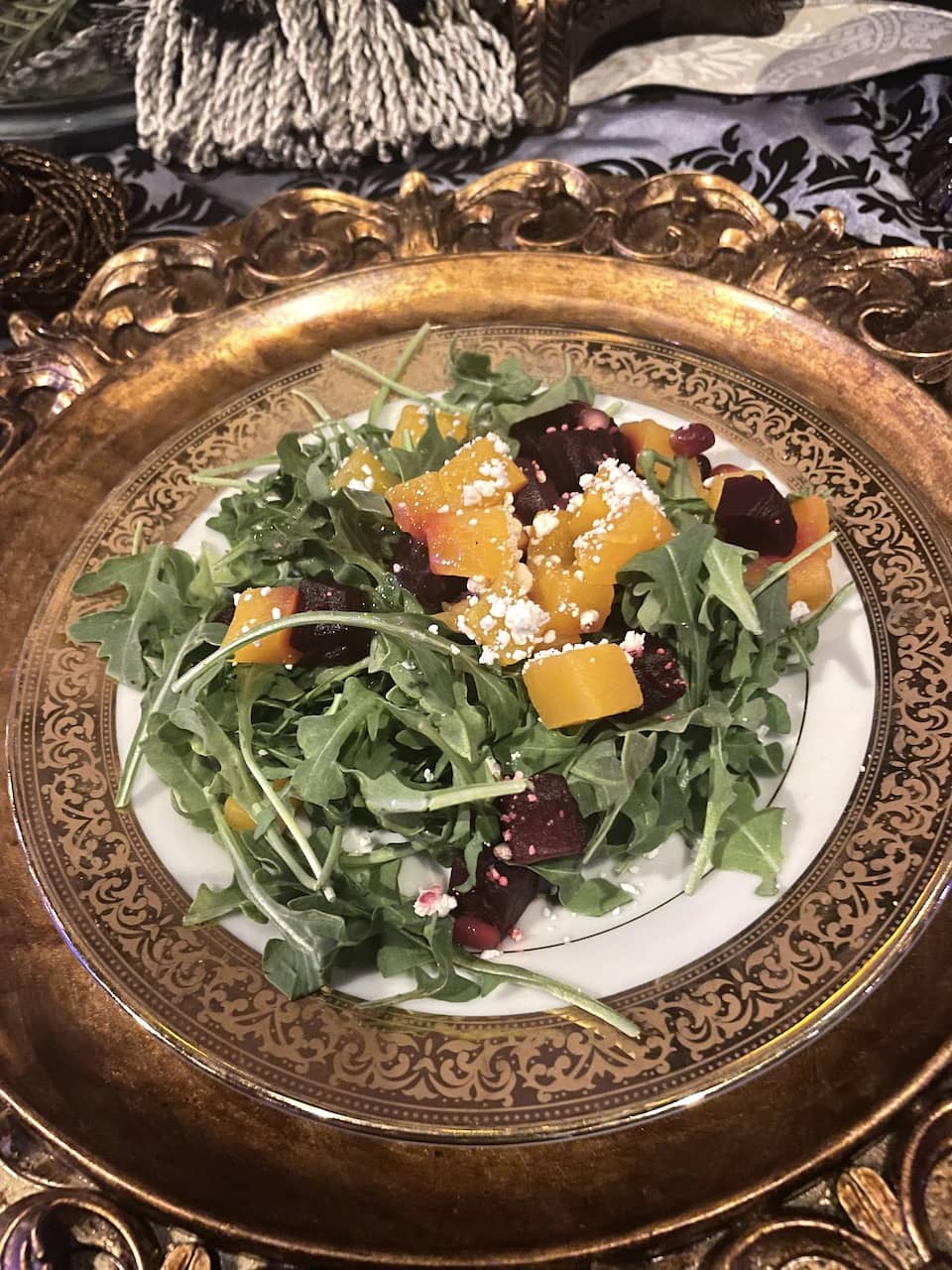 Speaking of those fork and knife options: I tried the Angry Autumn Salad and thought it was terrific. One of the best salads I’ve had at a theme park, particularly one of this size and scale. The Chicken and Spicy Sausage Gumbo with Frog Leg will get a lot of attention, but the gumbo was lacking in flavor (so was the frog leg, but that’s sadly par for the course in this treatment). 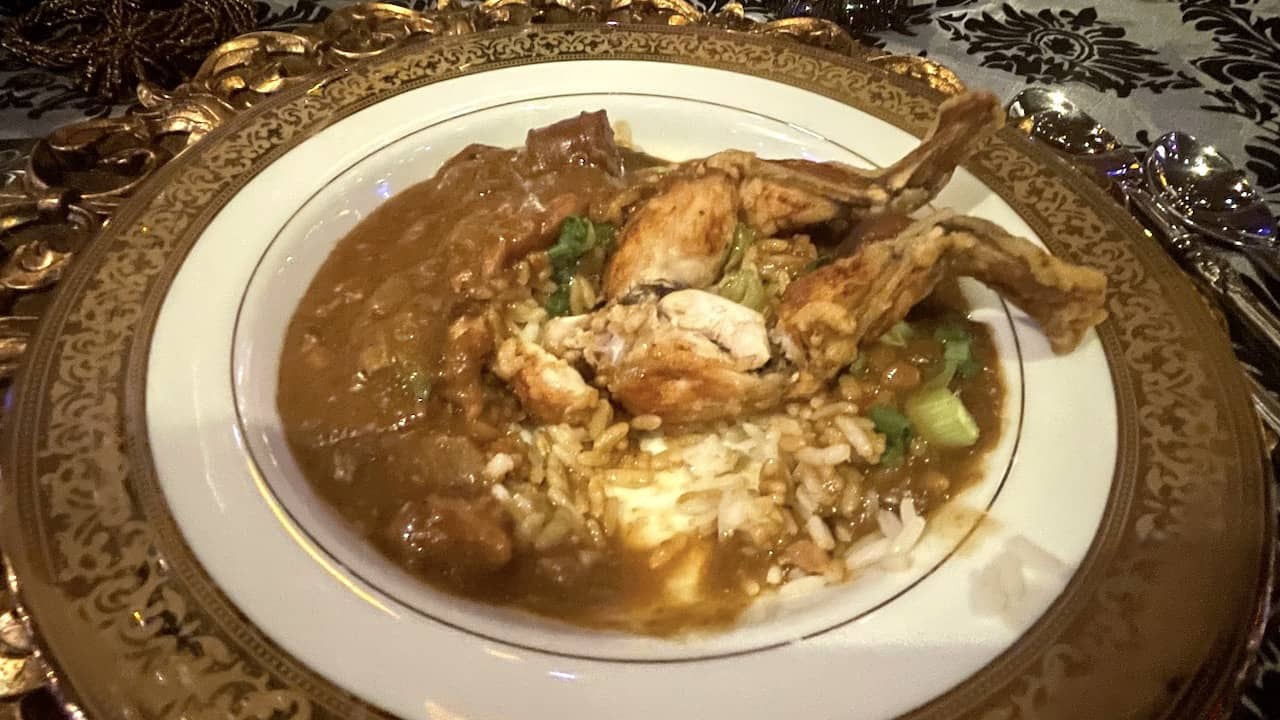 We were served the Mexican Chorizo and Garlic Shrimp Burger as a slider and while I think the slider treatment did it no favors, I’m not sure the full-size version will remedy its ills. There’s just not enough going on here flavor-wise to keep this from becoming an overly dry experience. The Spooky Crabby Sushi Roll is a pretty classic California Roll and I thought it was terrific — this is also a great walk around the park food. 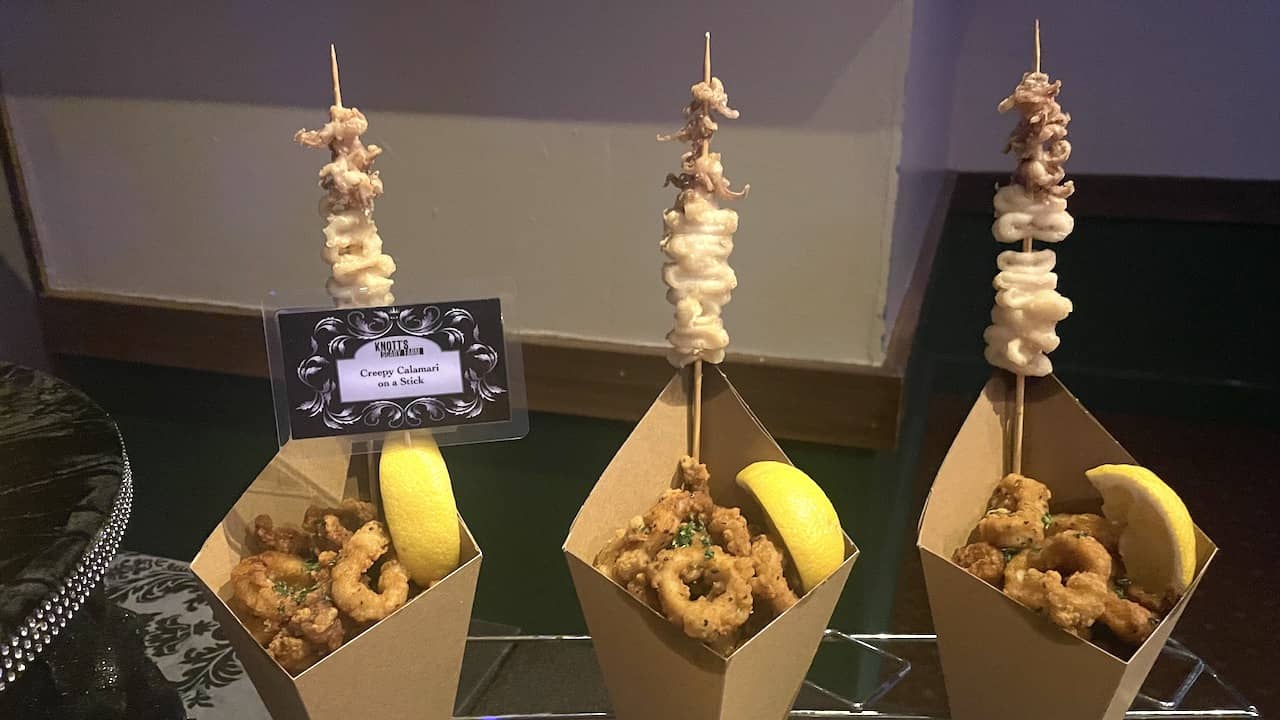 The two worst dishes we tried were the Calamari and the Mac and Cheese. The former was gummy and flavorless (there’s a reason so much care is taken to either fry this sucker up or infuse it with flavor!) and the latter was drenched in a thick patina of what I perceive to be faux cheese. I did not care for it! 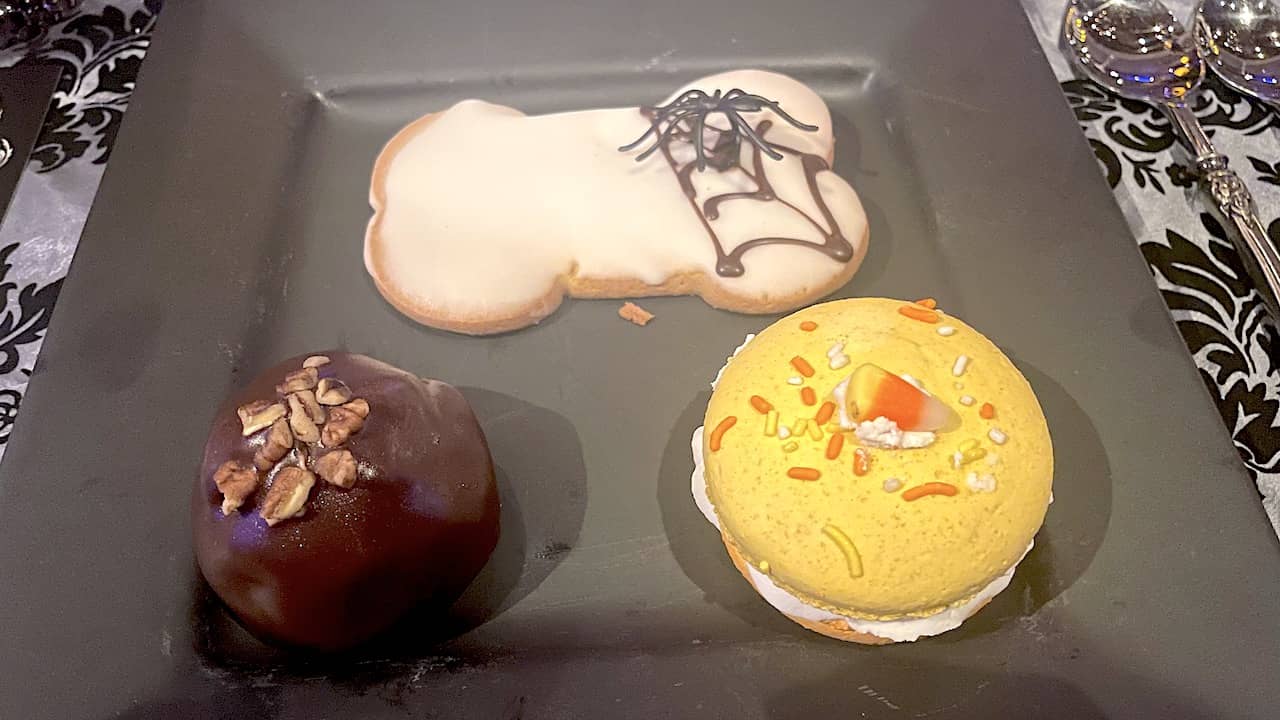 Of the three desserts we tried, the Brownie Bomb is the stand out (though your tolerance for rich, chocolate-forward desserts will determine your fate here). It’s a well constructed dessert and the pop of pecan is a very nice touch. I also can’t imagine eating it while popping around a theme park, but I am quickly approaching Old Age, so maybe one of you young people can school me on this. 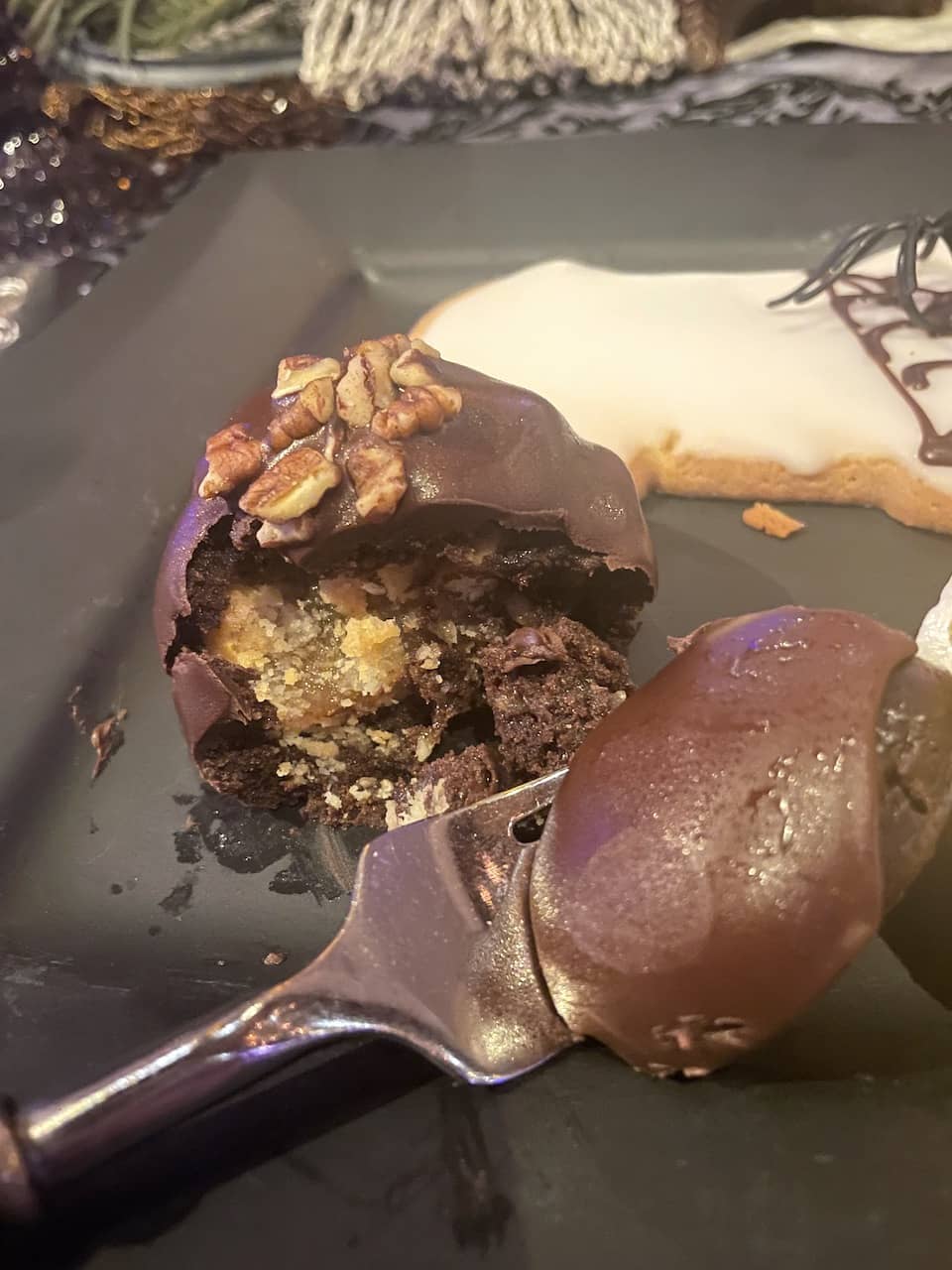 Knott’s also displayed its new, temporary Scary Farm-themed art installation Into The Fog: A Scary Farm Tribute Show. It featured a bunch of really neat artwork from a host of contributing artists all in different mediums — I encourage you to check it out if you’re in the park during the next few months.

Oh, and they showed off some new merch. Remember what I said about subtlety? 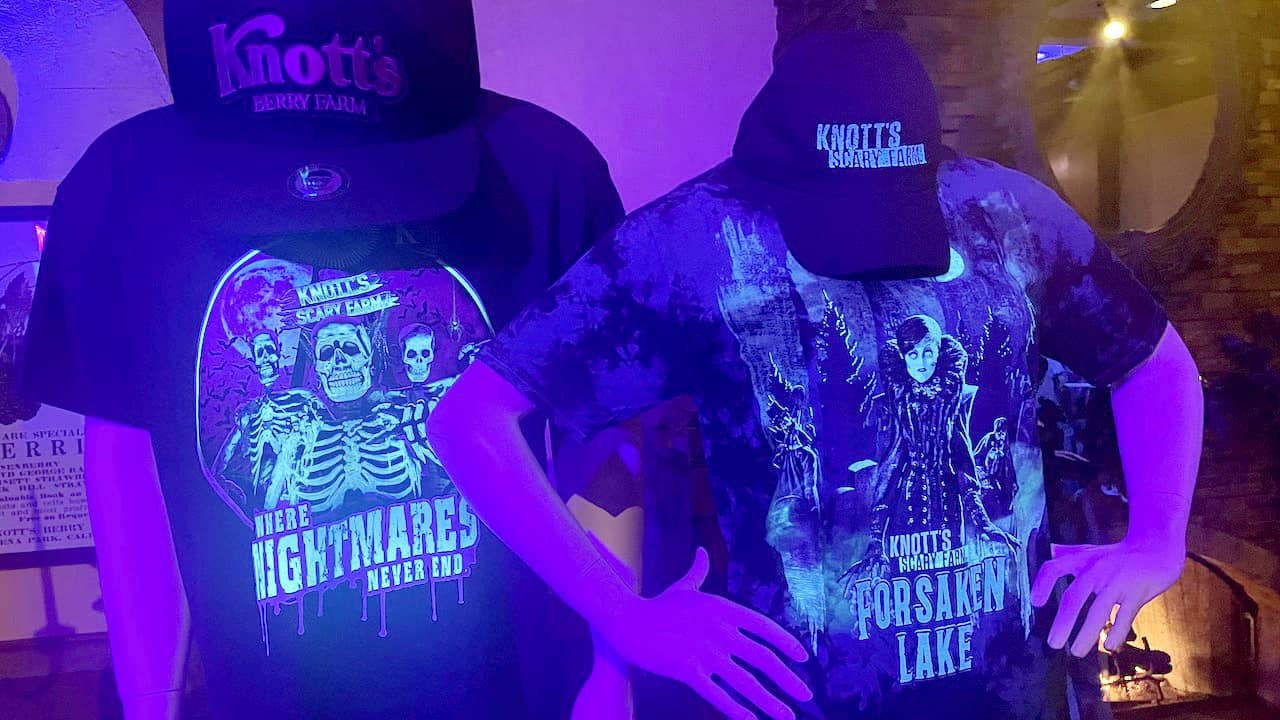 Great tips! People tend to use more and more savings when they shop online, so these are some constructive ideas here in this blog. Thanks for sharing.

Halloween Time Gets an Early Start at Disneyland

Ride Review: Return of Universal Orlando's Revenge of the Mummy