January 16, 2020, 1:10 PM · Yeah, it's still good... even for the second time. A month after Star Wars: Rise of the Resistance opened at Disney's Hollywood Studios at the Walt Disney World Resort, Disneyland this week gets its chance to open our readers' choice as the world's best theme park ride to its fans.

Disneyland hosted a media preview for its installation of Star Wars: Rise of the Resistance today, with a special guest from the Star Wars cast welcoming us to the new ride. Say hello to R2-D2, everyone, as we watch the full queue, preshow, and ride experience. (Skip the video if you'd like to avoid spoilers. Or just stop watching after the first minute with R2-D2.)

"What an exciting day for us to open this attraction for the world," Margaret Kerrison, Managing Story Editor for Walt Disney Imagineering said in a panel before the media preview. "And not only that, what an exciting day it is for all of you to be part of the Star Wars timeline — because everything that happens today is a particular event that happens in the story of Star Wars. So be prepared to become part of Star Wars history. You are coming in as active characters in this story — you're walking in as recruits to the resistance, and we need you to go on a very very special mission with some of the characters that you know and love."

"There is surprise at every corner. Just when you think you can anticipate what's going to happen next — you never really do," Kerrison said. "And we like it that way. We like to keep you on your toes because that's what Star Wars is. All the wonderful 'feels' of Star Wars that we felt when we first watched the films, when you first watch the animated series and reading the books and the comics, is that sense of wonder and the sense of surprise and discovery. And that's something that we wanted to capture for you all over again. We want you to fall in love with Star Wars all over again, and for people who are new to Star Wars, we want you to fall in love with Star Wars for the very first time."

For fans who have been using the Star Wars Datapad game on the Play Disney Parks app, Anisha Deshmane of WDI explained a new feature that will be available now with the opening of Rise of the Resistance.

"You'll actually be given a choice to help the Resistance or the First Order," she said. "These are two new jobs that we've added to the Datapad that hook into the story of the attraction really nicely."

"If you decide that you want to help the Resistance, you're actually going to be helping Finn, who has infiltrated the Star Destroyer that you may or may not be about to be captured on. He's going to need some help because he's been separated from his team and he's trapped in one of the custodial closets of the Star Destroyer and he needs help navigating the Star Destroyer."

"Finn has a very special relationship with the First Order custodial team, so it's a natural place for him to hide, but he does need help getting back to his team and also wiping the Star Destroyers of some Resistance data, so you're going to sort of be quarterbacking him. You'll have a map of the Star Destroyer you'll be helping him sort of choose which rooms to go into, and depending on which path you choose, and how you help him get to the end point there you might be helping Finn in a different way than someone else might be helping him.

"So it's definitely worth the sort of like taking another look at it and seeing if there's a more strategic approach, because there's definitely some danger as part of this. You can get Finn into some real trouble.

"If you choose to help First Order, you're going into a recruit line for the Resistance, and the First Order is very interested in whatever the heck they're doing back in those ancient caves. So you'll be analyzing each of the rooms that you go into, collecting data about what the resistance has in store, scanning crates to figure out what they have in their inventory, so the First Order can prepare a counter attack."

Star Wars: Rise of the Resistance opens to the public at Disneyland tomorrow morning, January 17. To ride, fans will need to enter a virtual queue via the official Disneyland app or by scanning their park tickets at designated locations around the park. (Pro tip: Use the park app!) You can enter the virtual queue only after the park's published opening time and once everyone in your group has entered the park. Once in the queue, you will be assigned a "boarding group" which will be called via a notification from the app when it is your turn to ride. There will be no standby queue, and once all the spots in the virtual queue are claimed for the day, that's it. So plan to arrive early. 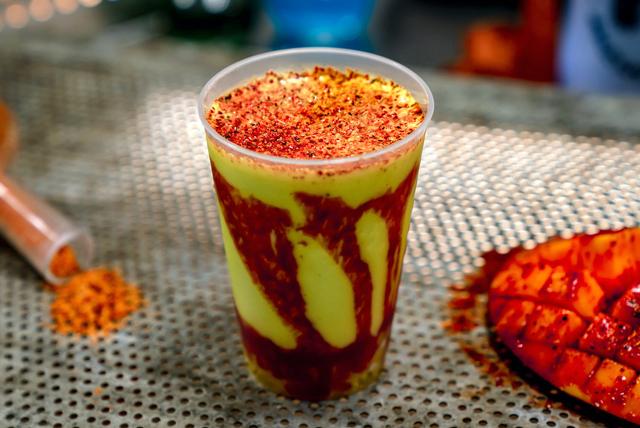 Update: After riding a couple of times this morning, I spoke with Creative Portfolio Executive Scott Trowbridge from Walt Disney Imagineering about Rise's uptime record in Orlando and what might be following R2D2 and the new food and beverage as additions to Galaxy's Edge.

Planning a visit? For discount tickets to Disneyland and Disney California Adventure, including the new sale on children's tickets, visit our officially authorized Disneyland tickets page.

I'd say this will finally shut up the "GE is a total failure" crowd...but as a Star Wars fan of 40 years, I know it won't.

That's pretty much the topic of my newspaper column this week: With Rise of the Resistance, Disney reveals the missing piece of its Star Wars land.

Given the endless craze for this ride, I might only try to ride it late next year, at WDW. At least then, four more new rides should take some pressure off ROTR.

I would actually doubt that Still a fan. FoP is still drawing HUGE lines and massive park opening crowds. What will be interesting to see is what Disney does when MMRR opens in March. They've already indicated that it's likely to initially open without FP+ since we're inside of 60 days of the ride's opening and reservations are still not available. Will they create a choice for guests by placing MMRR on the same boarding group system where you have to choose either RotR or MMRR? That's essentially what they've done with the rest of DHS by placing virtually every ride on Tier 1 (except Star Tours), leaving guests resigned to only being able to avoid 1 big line through FP+.

From reports, it sounds like RotR is still not quite up to running at optimal capacity, but it's getting better. However, even at full capacity and guests being limited to a single ride on the attraction per day, it cannot accommodate every single guest entering DHS on a given day. With that 1 ride per day limitation having existed since mid-December, I highly doubt the demand for the attraction will decrease for well over a year, and I wonder if they will ever be able to put RotR on FP+.

MMRR will definitely not use boarding passes. Disney simply won’t make guests pick between that and RotR on any given day... I do predict a shuffling of FP tiers by the end of the spring or early summer that will open FPs for MMRR and MFSM as tier 1. Alien Swirling Saucers may drop to tier two at that point, but no guarantee to that.

Until RotR becomes more reliable, boarding passes are here to stay. With the exception of MMRR and possibly Ratatouille, I suspect boarding passes will be used to open every new ride, particularly the Tron and Guardians of the Galaxy coasters opening next year.

Russell, FOP IS still fairly easy to ride, with or without a FP -- get in line just before closing time, and you WILL wait for less than an hour. That`s true for every headliner at WDW except ROTR. When new E Tickets open at WDW, ROTR has to become more accessible. That`s just common sense.

I don't know about that - I was at WDW last week for 4 days and FOP didn't drop much below a 120-minute wait. The day we were at AK we had a fast pass for 5 for it and when we got off the wait was 140 minutes and stayed in that range till we left at 8. I don't think the demand for ROTR will moderate or be siphoned off by other E tickets - there is a palpable sense that this is a little more than just another ride - it's an experience that everyone has to do and your visit to the park in incomplete without trying it.

Rex and the Raptor move into The Lego Movie World