Exploring the Toxic Ruins of a Forgotten Resort

September 26, 2019, 11:08 AM · Though thousands of Southern Californians flocked to the brand-new Disneyland in the late 1950s, another new vacation spot in the area proved to be just as (if not more) popular - the towns of the Salton Sea. Resort areas were blooming around this newborn oasis. On the western shore of the lake lay Salton City, Salton Sea Beach, and Desert Shores. On the eastern shore lay Desert Beach, North Shore, and Bombay Beach. These towns advertised themselves as glorious beachfront getaways. “A miracle in the desert. A Palm Springs with water.” Tourists came from all over, lured by their own curiosity and the promise of a cheap and convenient beach vacation too good to be true.

The Salton Sea came to be in 1905, when springtime flooding on the Colorado River rushed into Southern California’s developing Imperial Valley. For more than a year, the entire volume of the Colorado River rushed downward into the Salton Trough. By the time the water was stopped in 1907, the Salton Sea had been born. At 45 miles long and 20 miles wide, the freshwater lake equaled about 130 miles of shoreline. For the most part unbeknownst to the people of this time, the creation of the Salton Sea wasn’t a mere aberration. It was part of a 400-500 year cycle. The Colorado River has periodically flowed in and out of the Imperial Valley for thousands of years. This ebb and flow creates first a lake of fresh water, which becomes increasingly salinized as its source runs dry (it also has no drainage source), resulting in a desert basin when the lake inevitably dries out. 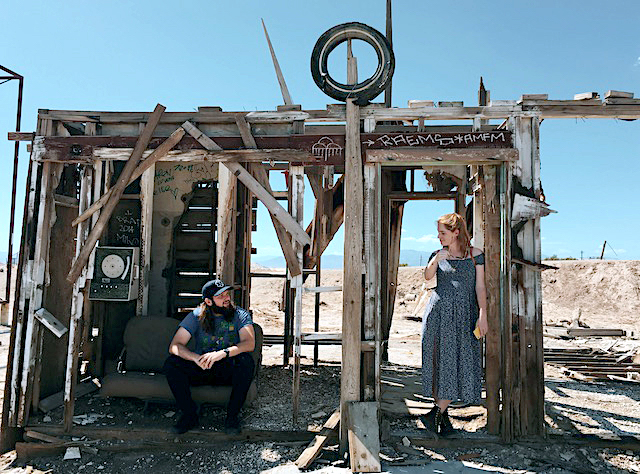 In the 1950s and 60s, any worries of the Salton Sea drying out were eclipsed by the booming tourism economy the lakefront was enjoying. Suddenly people in the nearby desert counties could experience sailing, fishing, and other lake activities they never dreamed would be so accessible to their community. Crowds in surrounding cities like Los Angeles heard of this “miracle in the desert” and had to see for themselves what all the excitement was about. Soon the area was one of California’s top tourist destinations. An environmental and economic oasis, the Salton Sea was a bustling bubble of tourism until the 1970s when the environmental factors at play began to catch up. 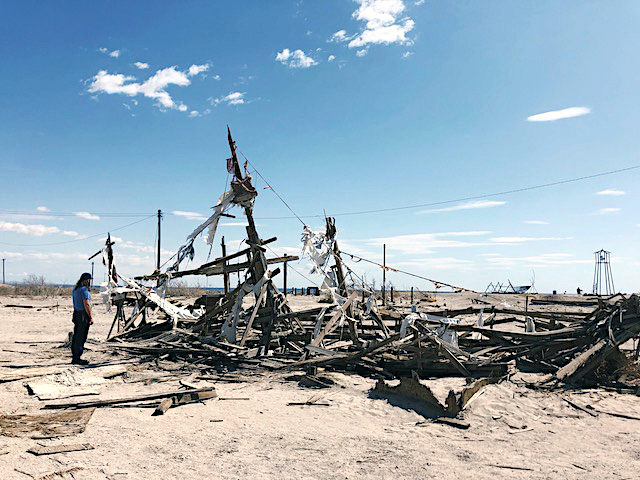 In the 1970s, a series of tropical storms caused the lake to flood, severely damaging lakefront communities. This damage slowed tourism significantly, and before the area could be fully rebuilt, the Salton Sea’s water source diminished. At the same time, toxic agricultural runoff had been consistently flowing into the Salton Sea from nearby farms. The lake became increasingly concentrated with salt and agricultural chemicals as its water evaporated in the brutal desert sun with no source of replenishment. Fish washed up dead on the shore in masses. A rotten-egg stench clung to the air and grew stronger each year. Tourists stopped coming, and the once glittering resort towns of the Salton Sea were abandoned. 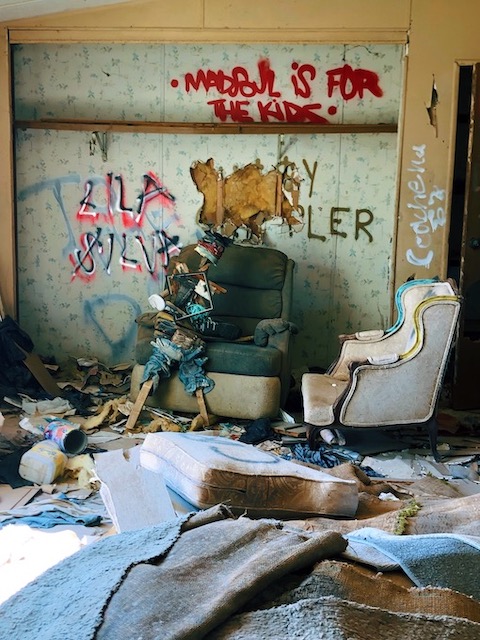 Today the Salton Sea evokes a haunting memory of the idyllic tourist destination that once was. Skeletons of old vacation homes bake in the sun. Bits of buildings covered in peeling candy-colored paint jut out of the sand. In just a few years the lake will dry completely and the highly toxic lake bed will become fully airborne. California’s largest internal body of water is now “the biggest manmade source of hazardous dust in the United States. Los Angeles has spent more than $1.2 billion dollars trying to suppress the dust, pouring 30 billion gallons of water onto the lake bed each year.” These efforts have been to no avail. Hazardous dust levels around the lake bed are roughly 10 times the acceptable standard and growing worse. 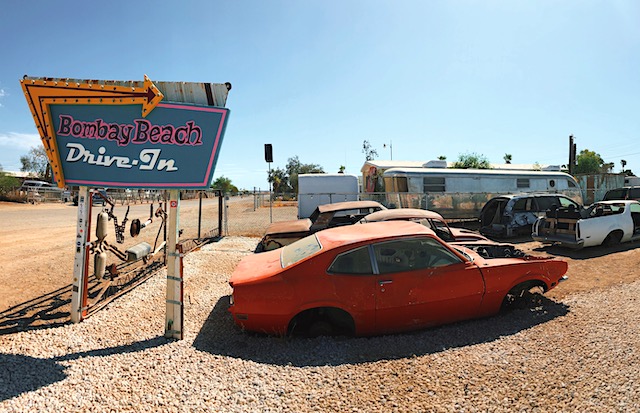 Walking across the sunbaked lake floor, the silence is deafening. My friends and I drove down here for the day because we’d heard it was a cool place to explore and maybe see some urban art. Fun new sculptures set against creepy old ruins, stuff like that. As we neared the Salton Sea and saw (and smelled) the lake itself, our excitement turned somber. We wandered through the ruins of Bombay Beach and stumbled across the art installments and sculptures we’d expected, uneasily joking that this felt like an attempt at a trendy LA “pop-up” exhibit. Perhaps it could be called “A-pop-up-calypse.” 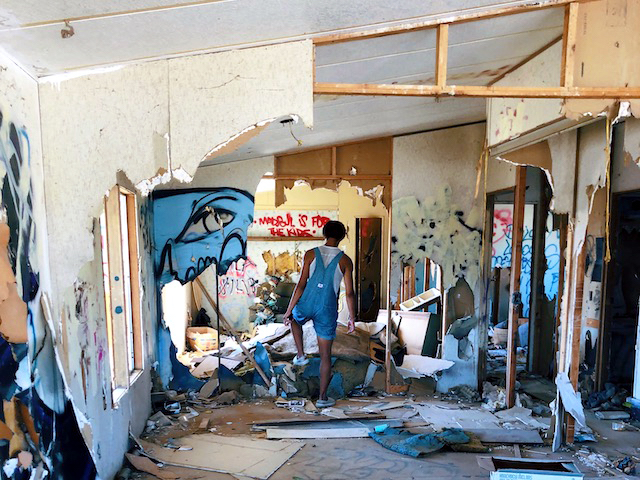 While alluring, the art at Bombay Beach feels like a thinly veiled attempt at distracting us from the impending horror of this environmental disaster. I can’t help but think of this week's UN Climate Action Summit. Is it too late to stop this pollution? Even if it’s not too late, will we be able to come up with a sufficient plan to fix this? Time is running out and it seems as though no one is paying attention.

Though once a blossoming oasis, the natural world has exposed the Salton Sea as nothing more than a mere mirage of splendor. The remnants of this attraction are an important reminder that the creation of a fantasy land is not always sustainable. A reminder of what can go wrong when we don’t take the natural world into account, when we do not plan for the future, and when we prioritize our own leisure and amusement over the long-term. Though this particularly toxic reminder lays hundreds of miles in the desert, slowly being buried by sand, I hope we don’t abandon the problems it has created like we abandoned the structures that surround it.

Whenever I hear "Salton Sea", I immediately call back to the Val Kilmer movie of the same name (decent movie from DJ Caruso who's had his hits and misses over his career). I can't say I've ever been there, but I have viewed it from the high dessert in Joshua Tree National Park. As a geologist, I find it a riveting feature of the Southern California landscape though the nearby San Andreas Fault receives the most notoriety.

This is fascinating! I grew up in SoCal and, like Russell, only viewed the “sea” from a high perch in Joshua Tree National Monument (as it was called back then). I had no idea it used to be a resort destination. This is a really great read and very appropriate in our continued battles toward awareness of climate change.

IAAPA's Legends panel to share the lessons of Galaxy's Edge