Enjoying a 'Taste of Winter' at Disneyland Paris

November 23, 2018, 4:01 PM · While attending the launch of the Christmas season at Disneyland Paris last weekend, I had the chance to check out some of the offerings of L'Hiver Gourmand. Much like the food festivals at other Disney parks, stalls here offer bite-size opportunities to sample a variety of culinary treats – but this time with a distinct Winter Market twist. 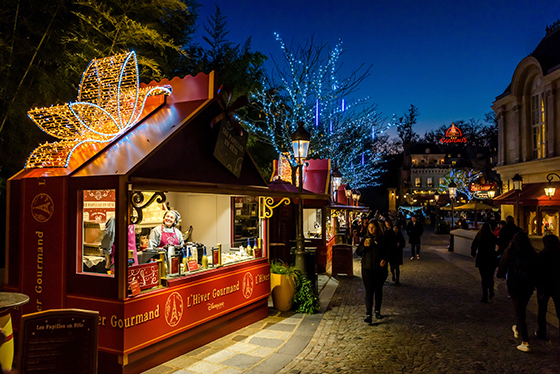 Five stalls are set out in the park's Place de Rémy area in Walt Disney Studios, each with a speciality of either taste or region. During busier times the queues stretched right across the walkway, somewhat blocking the route to the Ratatouille attraction – but hey, if that's the trade-off for getting some more tempting food options in a park that sorely needs them, then it's a price worth paying.

Speaking of queues... I never saw the La Bigoudène Gourmande stand, serving a selection of sweet and savoury crêpes, without a long one at any point in the day. This was the only place I didn't try anything from – I'd had a couple typically excellent crêpes during my time in Paris, and didn't want to chance the comparison. But watching them being prepared, they looked and smelt delicious – I'm regretting not sampling the goats cheese variety. 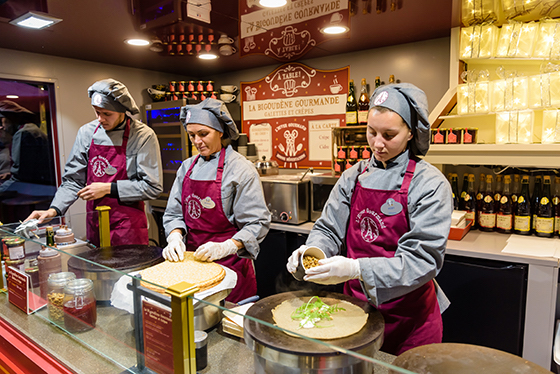 There's far too much to try in one visit, so I focussed where I could on the "Chef's Suggestions." My first stop was to Les Douceurs d'Hiver (winter sweets) where I tried the chestnut glacé (6€) and mulled wine (5€). The former wasn't the best example of its kind I've had; more glaze than chestnut, not far from eating a lightly-flavoured block of sugar. (It is a glacé, so I suppose that's kind of the point.) Not unpleasant, but a bit of a waste of the opportunity given what else is on offer. 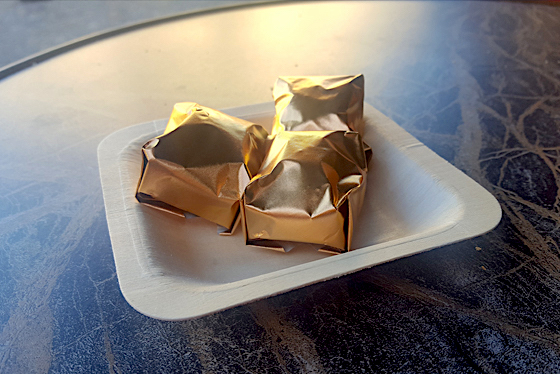 Three were a little much for me, so it'd be a good thing to share as a final taste – along with the mulled wine perhaps, which was a little heavier on the fruit than the spice, but hit the spot on a cold day. 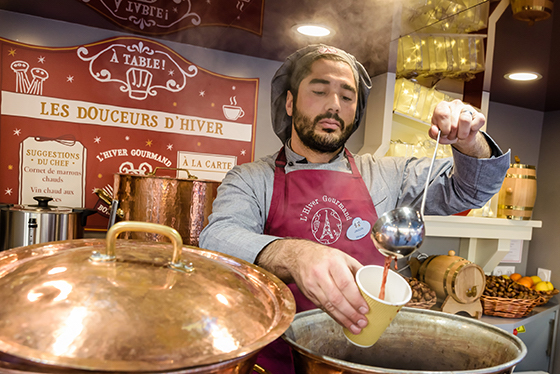 Next up was Les recettes de la Cigogne, featuring recipes from the Alsace region with a Germanic influence. Here I sampled the choucroute/sauerkraut (6€) which had a mild but pleasant taste – a theme echoed across many of the dishes, I suppose reflecting the mixed crowd theme parks endeavour to serve. There was a decent amount of ham and sausage, both of good quality and free of the gristle that often plague these kind of dishes. A good sauerkraut should be a singular kind of eating experience, and this delivered. 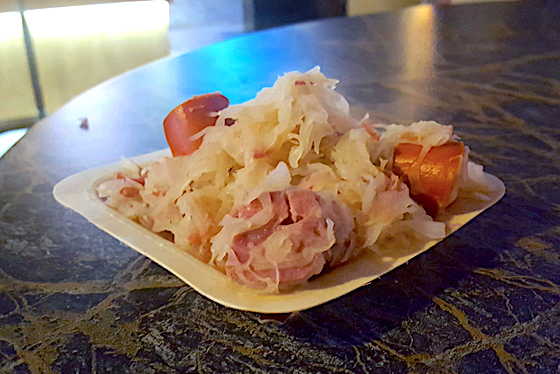 FWIW – I wish I'd had a chance to try the split pea soup. Not only did it look divine, but it's great to see the park step up their offerings for vegans, who are well catered for across the menus of this event.

At Goûts & Saveurs des Montagnes (dishes inspired by the cuisine of the Alps) I couldn't resist the raclette cheese and cured ham sandwich (6€). The cheese had another milder taste than I was expecting, but was more than made up for by the copious serving. The downside of this was that it overwhelmed the ham – a slightly thicker slice of that would have resolved this – but I enjoyed it enough not to care too much. 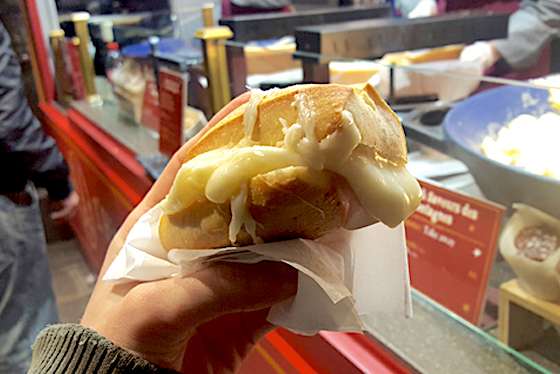 The last stand I visited was Les Papilles en Fête, where I'd been looking forward to the Burgundy Escargots in flaky pastry... only to find them sold out by the time I made my way round to it. Take that as a positive endorsement, I suppose. Instead, I tried the sweet chestnut soup, which more than made up for that disappointment. 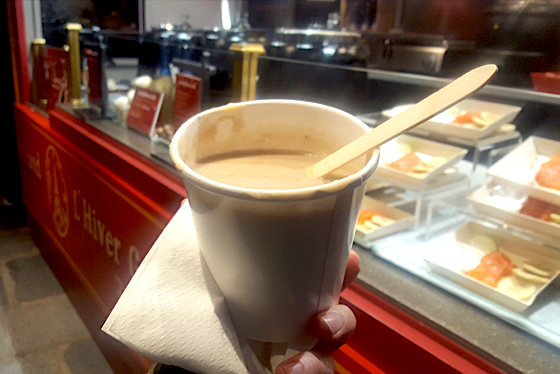 A rich, creamy and hearty pot that ultimately proved a little too much for me by myself, I'd recommend sharing this one. Seasoned beautifully, complimenting rather than overbearing the chestnut flavour, it made for a perfect winter dish, and my highlight of everything I tried.

Regardless what you sample, L'Hiver Gourmand offers a pleasant eating experience in the park's one truly beautiful spot. A twilight session fits the romantic vibe of the area perfectly; an environment that rewards you for slowing your pace, lingering, and mixing some people-watching in with trying a dish (or three). 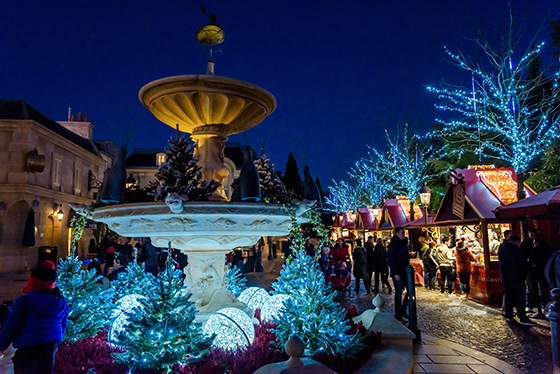 They're small plates, sure, and trying to build a full meal out of them certainly wouldn't be a cheap proposition. But in the cold weather – and with nowhere nearby to take shelter – anything bigger would just get cold before you had a chance to finish it. As is the case with Disney's other food festivals, the focus here is on a kind of culinary adventure – which L'Hiver Gourmand definitely delivers.