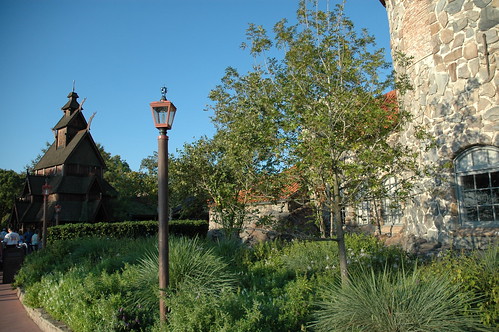 From the outside, the restaurant is rather unassuming, especially when compared with the grandeur of Cinderella's Castle. Once guests arrive and check in with the host located just outside the restaurant, they are then escorted inside to meet Belle for a photo opportunity. 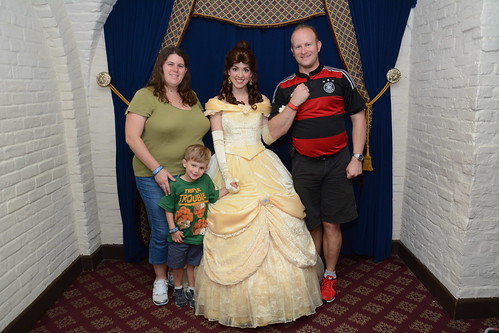 The photos are available through Photopass/Memory Maker — the complimentary printed photo is being phased out, unfortunately. After taking photos, guests are escorted to their table in the inviting dining room. The dining area is separated into a number of smaller rooms radiating from a central room with a vaulted ceiling. Wood accents and exposed beams highlight the interior architecture, but it does feel more like the inside of a traditional European castle than the subdued exterior would suggest.

Akershus serves food with a Scandinavian flair. Unlike Cinderella’s Royal Table, Akershus is a combination dining experience with a cold buffet and hot plated entrees. The buffet includes a limited selection of salads and toppings, various cheeses and cured meats, and a number of cold Scandinavian appetizers such as smoked salmon, pickled herring, and whitefish. The buffet may have a few items that some guests may turn their nose up at, but there are enough items to please even the picky eaters in the family. Personally, I would be more than happy to graze at this particular buffet with all of the delicious fish items, but Akershus, unlike other character buffets, has more to offer.

When seated, guests are presented a menu of choices for their hot entrée, which includes sliced prime rib, smoked salmon, traditional Kjottkake (Swedish Meatballs), roasted chicken, pork chops, and more. On our most recent visit, I ordered a seasonal selection, a venison stew with red cabbage and mashed potatoes, 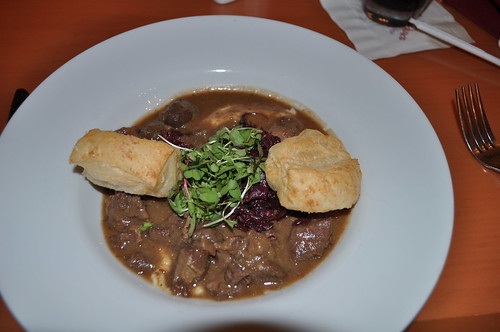 while my wife got the prime rib served with green beans and mashed potatoes, 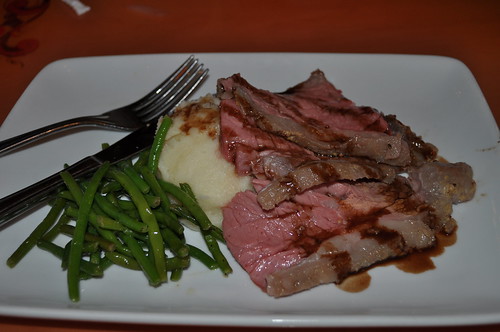 and our son ordered the meatballs with mashed potatoes and corn. 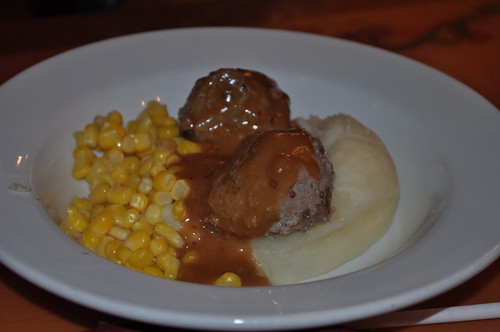 Other kid’s entrees include grilled chicken with pasta, pizza, and grilled salmon. I really enjoyed the savory venison stew, and my wife’s prime rib was well prepared. On our last visit, I ordered a short rib entrée that also was quite good. The desserts also were quite tasty, which choices including chocolate mousse, rice pudding, and apple cake. Overall, the food is quite good, and the entrees are very filling even without the all-you-care-to-eat cold buffet.

Like most Disney Character meals, guests are visited by the characters while they dine. At Akershus, Ariel, Cinderella, Snow White, and Aurora (or other princesses on occasion) make their way through the dining room to visit with guests. It takes between 45-60 minutes for the characters to make a complete circuit of the room, which is just about perfect for the amount of time it takes to eat a meal. The princesses also conduct a parade with guests through the dining room typically at the top of the hour. 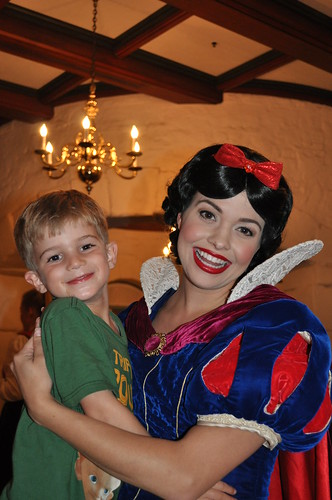 For guests with a need for a princess themed character meal, Akershus can be a great alternative to the more expensive and more difficult to reserve Cinderella’s Royal Table. The experience includes much of the same perks as the Magic Kingdom’s most popular restaurant. The food is just a slight notch below what is served at Cinderella’s Royal Table, but at an average cost that is $20 less, or half as many table service credits on the Disney Dining Plan, Akershus can represent a much better value. Additionally, the buffet at Akershus may be a superior option to the appetizer choices at Cinderella’s Royal Table (shrimp cocktail, salad, cheese plate, or soup).

The one drawback of Akershus is that the dining room is not nearly as ornate or exclusive as the one inside of Cinderella’s Castle, so if you have a child that simply must eat in the castle, Akershus will simply not suffice. However, those who just want to experience a princess character meal, EPCOT’s princess meal is a very good alternative with very good food, and excellent character interaction.

Brian Emery
December 4, 2014 at 1:33 PM · Hey Russell,
in the Picture of you and your family, it almost looks like you are going to smack that princess.... hahahaha

Then the second time I looked at it - her right arm almost morphs into your arm.... Like she is growing a Popeye arm....
Just saying......

Russell Meyer
December 5, 2014 at 8:10 AM · We also did 1900 Park Fare (more on that in a later piece), and heard great things about it. However, aside from the unlimited supply of gummy bears, it was not as good as I had expected.