A Photo Tour of Christmas at Disneyland

Theme Park Insider's editor takes a look at some of the holiday happenings at Disney's original theme park.

No theme park better expresses the Christmas season than Disneyland, in Anaheim, Calif.

Last Friday morning, Disney's Christmas décor made its annual return to the Magic Kingdom, along with holiday overlays for several attractions. A Christmas tree towers over Town Square, while garland hangs above just about every doorway throughout the park. 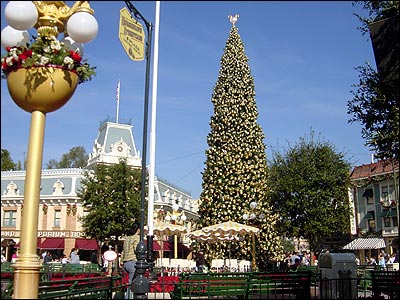 Sleeping Beauty's Castle gets no special treatment this Christmas season, though, as the 50th Anniversary make-over remains. Even where the park has not installed holiday décor, much-needed anniversary-prompted repairs and rehabs provide a sparkling visual gift to Disneyland fans. 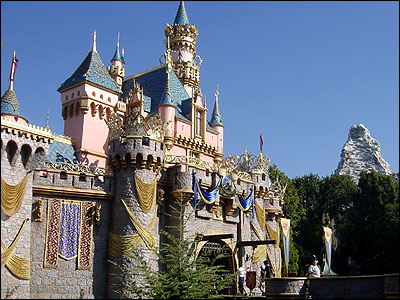 The holiday overlay for the Haunted Mansion remains the park's most successful holiday enhancement. From October through the New Year, Jack Skellington and his friends from "The Nightmare Before Christmas" take over the Mansion in their misguided attempt to blend Christmas and Halloween. The holiday overlay strips the Mansion of its normal Goth camp and replaces it with entirely appropriate whimsy and farce. 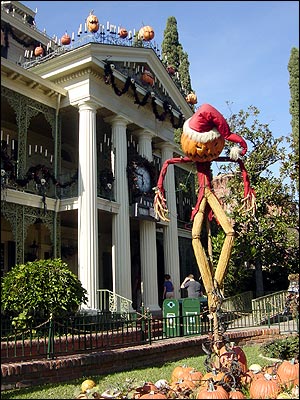 Christmas merchandise can be found everywhere, of course, including these castle-themed ornaments in New Orleans Square. 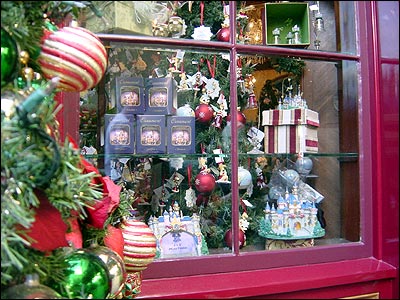 Santa's moved to the Big Thunder Ranch this year, where he holds court in the cabin. 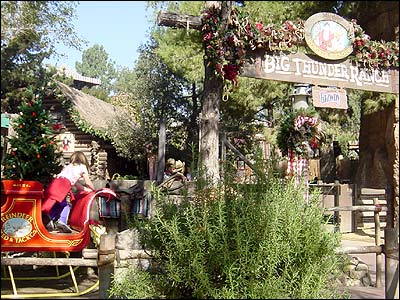 Santa's brought his reindeer, too, who've taken over the petting zoo pens. Dasher & Co., however, don't do the whole petting thing. So keep your hands to yourself. 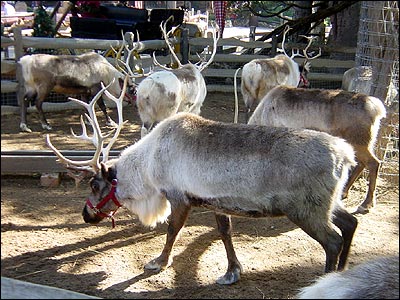 To its credit, Disney's trying to engage kid visitors with activities other than waiting in line. I stumbled across this unpublicized cookie-making station in the old Plaza Pavilion. Disney "chefs" were working the pathway, handing out chef's hats and recruiting the elementary-age kids who walked by. 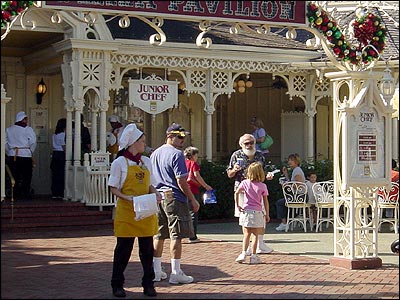 Disney's other major holiday attraction overlay is at It's a Small World. While I adore Haunted Mansion Holiday, I don't care for the Small World changes. The simple beauty of this attraction lays in its melding various world cultures with a common melody. But the original It's A Small World respected those cultures. Sure, it reduced them to singing dolls. But it's not like it depicted a slew of Chinese and Arab kids singing Christmas carols. 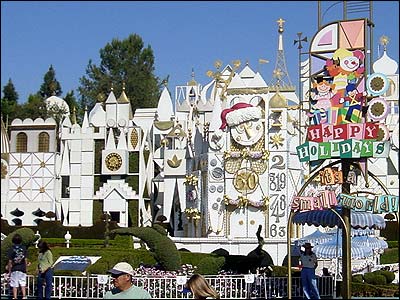 Give Small World a pass and head instead to the newest attraction at Disneyland this holiday season. If you've not yet tried the newly revamped Space Mountain, treat yourself.

The improved Space Mountain, which opened this summer, offers a much smoother ride and greatly enhanced visual effects. The Dick Dale surf music is gone, replaced with a more appropriate synthesized, and equally enjoyable, soundtrack. Even better, the music plays consistently know, as Disney's crafted a far more reliable on-board sound system. The ride's interior impresses, too, with a luminescent star field enveloping your car throughout the ride. 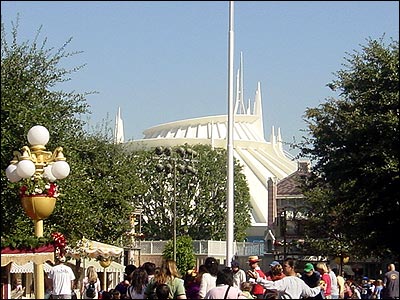 I'm a sucker for a great themed roller coaster, and the new Space Mountain delivers.

In the evenings, Disney returns both the "Christmas Fantasy" parade, which starts Nov. 18 and the daily, holiday-themed "Remember... Dreams Come True" fireworks, with its snowfall finale on the Hub, Main Street, in front of the Rivers of America and in front of It's a Small World.

From Anthony Murphy on November 14, 2005 at 11:47 PM
Love the pictures!
From TH Creative on November 17, 2005 at 9:38 AM
Nothing quite like a Disney park at Christmas. In December 1982, I was a Jungle Cruise skipper. Came in early for a morning shift and found myself completely alone standing on Main Street -- surrounded by the beautiful holiday decorations.
From Robert Niles on November 17, 2005 at 5:42 PM
In 1989, I opened Pirates of the Caribbean at WDW -- a 6 a.m. shift as the park opened at 7 that day.

A few other cast members groused about coming to work Christmas morning, but most of us loved it. When and where else do you get to give tens of thousands of people their Christmas present?

(That said, by the late afternoon, much of the break room discussion centered on where to find a good bar open on Christmas 'cause there is no busier day at any theme park anywhere than Christmas Day at the WDW MK. Ouch.)

From marlo imperial on November 17, 2005 at 11:35 PM
until when is disneyland in christmas decor?
From Jason Lester on November 18, 2005 at 5:02 PM
It goes down shortly after Christmas and Haunted Mansion and Small World go into rehab so the decorations inside can be taken out.
From Robert Niles on November 18, 2005 at 9:25 PM
Disney usually takes down the decor the first week of the New Year. With the Rose Bowl late this year, it might stay up that whole week. I'll check.
From Justin Cornwall on December 14, 2005 at 10:33 AM
Wow, this looks great! I'm making a trip there today (Dec 14th) and I'm glad there's such a great review here for me to get a taste of what to experience! I've never been to Disneyland around the holidays and I'm even more excited to go now!
From Bryan Fear on December 21, 2005 at 4:17 PM
Great pics and commentary, Robert. I was there on 12/10 with about 11-12 friends. I'd agree that there's nothing quite like Main Street and holiday decor. I got a ton of pics but none as clear as yours.

In addition to recommendations to park goers about seeing the all new Space Mountain and the holiday themes of Haunted Mansion and Small World, I'd mention ( to visitors who haven't been there in a while ) that the Jungle Cruise has a few new twists to it, and the Buzz Lightyear ride is worth a spin. Another oft-overlooked area is ToonTown. It's holiday decor theme is pretty amazing as well.